Terza Rima is the brand of the Tenute Collesi Brewery, designed for large-scale retail. Studied and created observing the taste of a discerning and demanding consumer, who loves drinking a quality craft beer at home and with friends.

Terza Rima is inspired by Dante’s tercet, or chained tercet, also known in Italian as “third rhyme” (Terza Rima), which is the verse used by Dante in the Divine Comedy.

In the year that celebrates the 700th anniversary of the death of the great poet, we too have chosen to pay him a tribute, relaunching the Terza Rima brand, a brand that represents the Italian way of being, refinement and style.

The beers have also been revised following Dante’s poetic imagination, accompanying the consumer from tercet to tercet.

Five different beers linked together by the same soul,  and by the awareness of being part of a special family.

An important story that for years has been flying over the hills of a fruitful land on the element’s wings.

Each beer is the result of an exciting tasting journey. 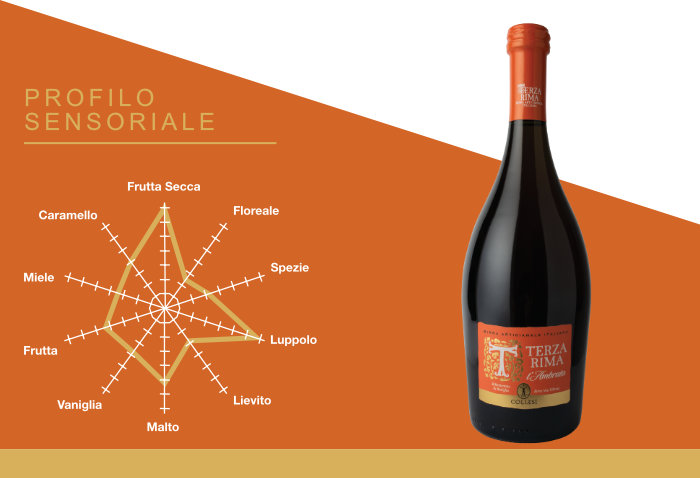 American India Pale Ale style Italian craft beer with a honey-yellow colour. It has a marked intense, bitter taste that lingers in the mouth and is balanced by the sweetness of the malt. It is a very scented beer with a grassy and fruity aroma. Ideal with fried food, fish carpaccio, white meat and very mature cheeses. 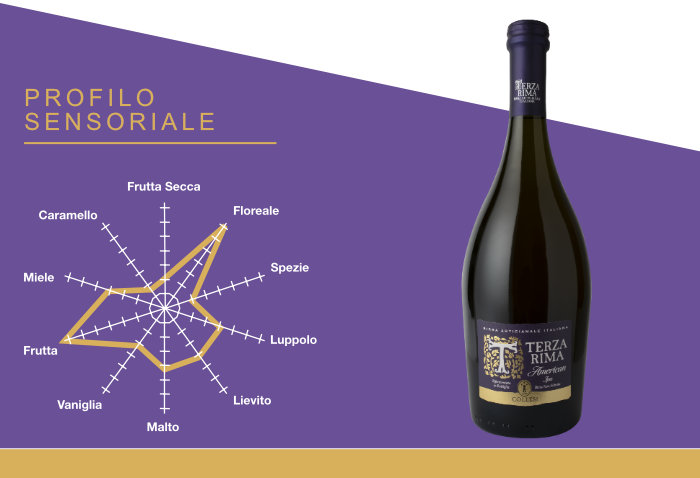 Ale style Italian craft beer with a golden-yellow colour and a rich and creamy head. The assertive notes of malt and hops in flower are balanced with the warm and intense aromas of yeast, vanilla and honey. It is ideal with dipped beef, stew, cured meats, white sauce pasta dishes.

Pale Ale style Italian craft beer with a hazy blonde colour. Fresh and mildly scented, with slight hints of cereals. It stands out for its intense aroma of fresh citrus and marked fruity and grassy notes. 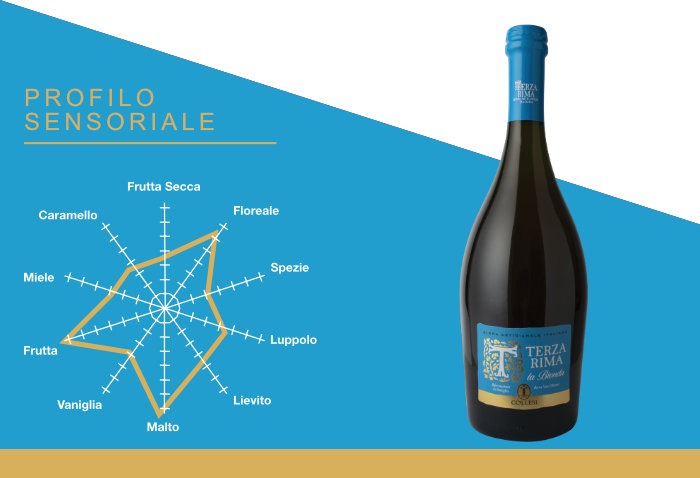 Blanche style Italian craft beer with a pale yellow colour. Light and mild, with notes of flowers and exotic fruit, it is a scented beer with flavours of cereals and citrus fruits. It stands out for its light creaminess, sweetish taste and a marked acidic note from the wheat.

Perfect with summery dishes or at any time of the day.